In celebration of International Women’s Day 2021 ABC would like to acknowledge some of the most inspirational women in Law.

Dame Heilbron went on to be one of the first women to be made Kings Counsel and the first female judge of the Old Bailey.

Baroness Hale served as President of the Supreme Court from 2017 until retirement in 2020 making her the most senior female judge in history.

At just 24, Kennedy set up her own chambers to work on sex-discrimination cases and domestic violence against women.

Take a look at https://lnkd.in/dS7dHFp to follow the journey of women in law since 1919.

Please sign up to our free newsletter for us to keep you up to date with industry related news and opportunities. 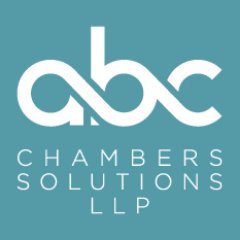 Manage Cookie Consent
To provide the best experiences, we use technologies like cookies to store and/or access device information. Consenting to these technologies will allow us to process data such as browsing behaviour or unique IDs on this site. Not consenting or withdrawing consent, may adversely affect certain features and functions.
Manage options Manage services Manage vendors Read more about these purposes
View preferences
{title} {title} {title}
Go to Top